I graduated in English with a Upper Second Class Honours from Edinburgh University. Having further graduated from the Foundation course at the Academy of Creative Training (ACT) drama school in Brighton, I followed this up with a two year ACT Diploma.

My first job entailed touring nine Theatre in Education (TIE) productions for six months and I thrived off the camaraderie, commitment and stamina needed to resonate with multiple characters in three daily shows. Improvisational skills, energy and versatility were essential in playing the sassy ingénue, historical and Shakespearean heroines, dark and light fairytale characters with equal aplomb.

My love, talent and instinct for the stage drives me and has enabled steady theatrical work over ten years with six professional Theatre Companies. I have regularly been involved in major cultural festivals.

Versatile, with a wide playing age, I am not scared to delve deep into the dark, light and comic world with appropriate passion, calm instinct and sense of play.

I am particularly attracted to the powerful theatrical inspiration an ensemble can bring to our community. Such an opportunity has led me to set up my own production company Ignite Theatre group born out of lock down. 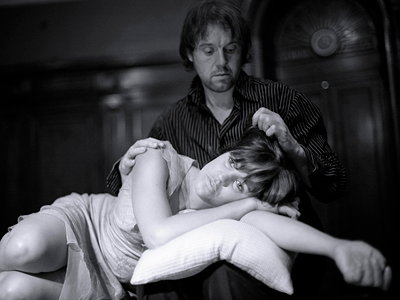 I am hard-working, committed and thrive on working within a team. A special strength is to be always aware to strive to satisfy the audience.

To date as an actress I have managed my career without an agent. I now wish to open more doors and expand my work on stage, film and adverts.

Why work with me?

I am an open and easy person who is never happier than when I am researching my character's background and inhabiting their world. Allowing for a three dimensional, spiritual, physical and vocally layered stage presence, to radiate.

I deliver. Letting people down is not in my nature.

My ability to absorb a character and follow authentic impulses, comes from listening skills and understanding the context. Relinquishing ego and respecting the rehearsal space like a place of worship all make for a fine foundation for a director to work from. 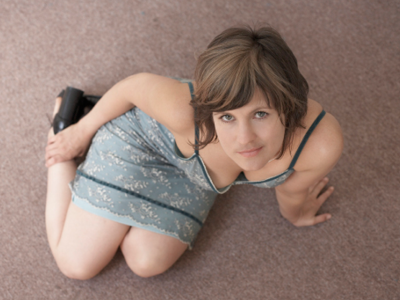 I worked with Lisa for 3 years on a range of theatre projects in Brighton, Edinburgh, London and at Glastonbury.

She was initially with us as a performer, quickly moving on and taking on a range of producer-stage manager-team leader roles over the period that required a range of important competencies and emotional intelligence due to the range or pressures and challenges that performing live theatre and hospitality present.

As a professional performer she was top class in all respects, well prepared, reliable, punctual, and a great 'team player' - personable, friendly, warm and gently assertive when required. The shows she helped develop and perform were top quality, helping the team win a shortlisting for the premier theatre award at the Edinburgh Festival.

In addition to performing, she quickly and proactively involved herself in all aspects of the leadership and management of the group.

This included developing and running the catering we would provide on our shows - sourcing supplies, organizing food preparation, serving the public.

She also took on the role of organizing the housing for our teams, sourcing accommodation, dealing with agencies, negotiating contracts, as well as setting up and organizing sleeping arrangements to host guest and create revenue for the group to help boost incomes for team members.

She also took a lead role in stage managing/supervising live high pressure show environment with big audiences. This required dealing positively and assertively with sensitive under pressure performers. Her ability to get things done through potentially 'difficult' people was very noticeable.

She would also handle public contact with audiences calmly and positively, serving breakfast to hungry demanding crowds at high speed and with great customer service.

Her roles including researching and sourcing props, costumes and equipment from a range of suppliers, keeping clear financial records, as well as ensuring everything was transported to venues, and when on location, ensuring the team put and kept everything in its right place.

She was always willing to take on any responsibility that needing doing - with energy and calm, often leading other people, winning their support, getting and keeping them on board with company procedures and plans. She was very effective in organizing housing for entire teams, dealing with the landlord and agency, setting up and coordinating plans and schedules for room sharing to raise additional income for the group.

She was always ahead of other members of the team on preparation and organization, and was always positive, polite and warm even when under very high pressure and demanding work schedules.

Our experience was one of a woman of energy, focus and dedication, who can handle people with warmth and politeness, as well as being gently and assertive, dealing with some very potentially 'difficult' characters under intense pressure, and making sure a wide range of responsibilities were executed professionally. We won several award nominations, awards and 5 star press acclaim for our work during the time Lisa was on our team.